As part of our ongoing 'Justice for All' series, News 12 examines changes among the police and communities throughout the tri-state area in the wake of George Floyd's death.

A Justice For All report on a police shooting in Bloomfield has led to the discovery of widespread problems with New Jersey’s reporting of police use-of-force cases statewide. The New Jersey Attorney General’s Office confirms the database was corrupted and wrongly displayed the names of thousands of police officers who had not actually used force.

The Nassau County Police Department's new academy is almost complete.
For nearly 30 years, the department has not had a training facility to call its own.
In May 2019, News 12 was there as the county broke ground on a new state-of-the-art $54 million police academy.

As it looks to implement reforms, one local police department has adapted a new strategy in its mental health responses.

The Stamford Police Department is evolving and adapting when it comes to responding to mental health calls.

Encounters between police and the public have been caught on police body-worn cameras since the NYPD integrated the technology back in 2017.
The rollout of those cameras was a result of the monumental Floyd Vs. New York City case, where stop and frisk -- a controversial police tactic that research shows unfairly targeted people of color -- was ruled unconstitutional.

A changing mindset may be key to reform

One local police chief believes changing the mindset of police officers is at the heart of any potential reform initiatives.

Justice For All: Videos raise questions about police shooting in Bloomfield

Footage from police cameras and cellphones raises questions about the Bloomfield Police Department’s version of an incident in which officers shot and injured a motorist during a traffic stop last November.

The Nassau County Police Department says it has been putting an emphasis on building better relationships with the community following the death of George Floyd and calls for reform.

The Civilian Complaint Review Board (CCRB) has a track record of overlooking serious NYPD offenses, a Team 12 Investigation found.

We requested records from the CCRB a year ago, and they delivered a detailed account of over 150,000 complaints to News 12 back in March.


As the nationwide conversation about police reform continues – departments in the Hudson Valley are focusing on de-escalation and new, non-lethal tactics.

Years of aggressive, high-profile and often deadly police encounters have led to a shift in policing that’s at the heart of police reform.

A Democrat from Essex County, who also happens to be a sheriff’s officer, is pushing to allow cops to be able to review body camera footage before writing up reports.

A Democrat from Essex County, who also happens to be a sheriff’s officer, is pushing to allow cops to be able to review body camera footage before writing up reports.

That’s what Brain Garcia, of Commack, said about the day he said he was illegally stopped and strip searched by Suffolk police in May of 2016.
Read the full story

Attorney General Gurbir Grewal has been pushing to out any officer who has been fired, demoted or suspended more than five days. It’s the latest promise of police transparency from the state government.

Police step up efforts to diversify their departments

In the aftermath of the George Floyd killing in Minnesota, police departments across the country and the Hudson Valley are increasing efforts to recruit minority officers.

A recent investigation by USA Today found police departments in the Hudson Valley failed to come close to matching their communities in terms of diversity.

Connecticut is one of seven states that now mandates body cameras for police departments -- with the deadline for implementing just over a year away.

"Connecticut had kind of traditionally encouraged police departments, kind of the carrot--here's the funding to get cameras," explains State Rep. Steve Stafstrom. "After the murder of George Floyd and with the call for police accountability last summer, we do now mandate that police departments have body cameras as of July 1, 2022."

Qualified immunity is a major sticking point in bipartisan police reform negotiations on Capitol Hill and an issue that was brought into mainstream focus following the murder of George Floyd.  The federal doctrine protects police officers accused of violating the constitutional rights of citizens from being sued in civil court.

Gun violence up after disbanding of Anti-Crime Unit

Cops say it was one of the most dangerous jobs on the police force.

Gov. Phil Murphy was in Camden as the state became the sixth in the nation to require all police officers to wear body cameras.

"This is not about that ‘I got you moment’ and finding a cop doing something wrong, it's about making them better so they can serve our community better," said Camden County Police Chief Gabriel Rodriguez.

Deputy Police Commissioner Rob Gazzola, who will become the department’s commissioner in July, said police just purchased 150 body cameras which will be worn by uniformed officers.

Calls for reform spark changes in legal protection for officers

New York City made history this spring when the City Council approved a bill aimed at ending qualified immunity for NYPD officers. The longstanding legal protection is something activists pushed to dismantle when protests calling for police reform erupted last summer.


Body-worn cameras are commonplace in most large police departments across the country.

However, the Nassau and Suffolk police departments remain two of just three of the nation’s largest departments where officers aren’t equipped with the recording technology.

Engaging with communities and embracing reform

Connecticut has made sweeping police reform changes since George Floyd's murder a year ago.  In October, the state enacted its police accountability law that requires every police department in the state to go through bias, diversity and inclusion training.

News 12 Connecticut's Mark Sudol sat down with two local police departments about police reform and the training that is being undertaken.

Officials in Newark show News 12 their groundbreaking program to tackle racism and police brutality. It’s called the Office of Violence Prevention and Trauma Recovery and was opened in June 2020, shortly after George Floyd was killed.

A long road to change

George Floyd's death has sparked police, local leaders and members of the community to embrace reform.  Postive changes have been made, but there is much more to be done.

Municipalities across the state have submitted their police reform plans.  What happens now?  Who is reviewing them and when are those reviews due?

A renewed focus on mental illness

Reforms in the wake of George Floyd’s death have brought a renewed focus on police response and mental illness.

For decades, many have continued to raise their voices advocating for the mentally ill. The cry for changes to policing remain as the mentally ill in the tri-state area and across the nation have sometimes died during police interventions. 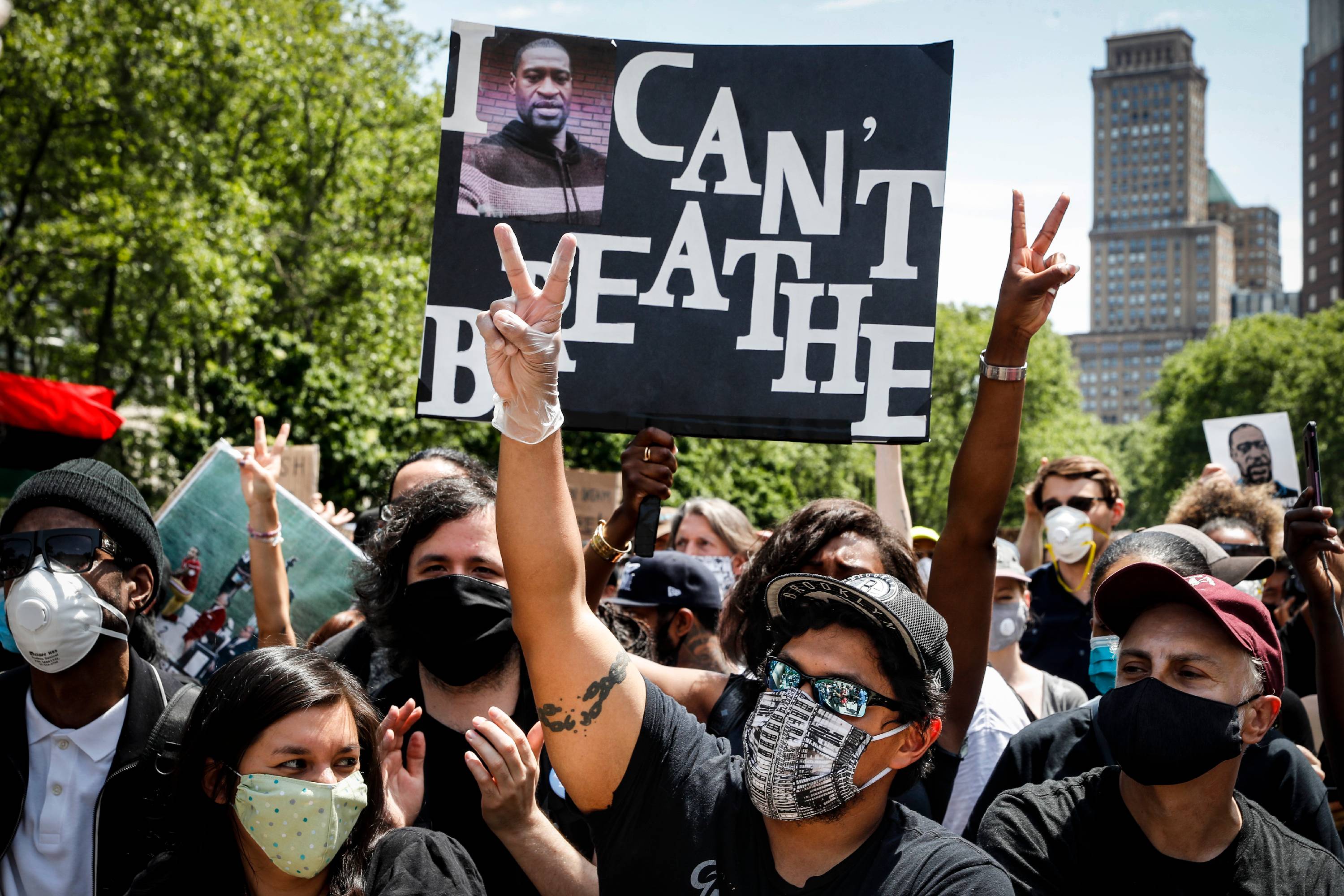