The Indian Point Nuclear Power Plant will shut down this Friday after decades of an uneasy existence with surrounding communities.  Although opponents are celebrating the closure, residents are left concerned about financial burdens and potential safety risks.

Watch Part 1 of the Report:

The Indian Point power plant is set to close on Friday, and with it comes huge financial losses for the area. The village of Buchanan is facing a 50% loss in its budget - and it doesn't stop there.

Lauren Stanco, who lives in Cortlandt, has four children in the Hendrick Hudson School District. She says she is planning for more chaos as the district is planning to move elementary students to a new building every two years.

"We all just feel sick like we all just cried. It's really upsetting," she says. A new school district plan means she'll need to make up to four stops to take all of her kids to and from school. And if they choose to take the bus, some kids will have 30 minutes added to their trip.

PHOTOS: Indian Point Nuclear Power Plant
The so-called “Princeton Plan” would assign the district’s elementary students to its three schools based on their grade, instead of their zip code.

For decades, Indian Point has subsidized a third of the school budget through PILOT payments, which also kept property taxes low.

"Indian Point and the PILOT payment we had with them, made living in the Hendrick Hudson School district super, super affordable," says Hochreiter.

The bill is now due, and Hochreiter says implementing the Princeton Plan will save the district $2 million a year.

“The vast amount of our residents no longer have children in the district, and they are looking to us to make sure they are not taxed out of their homes," says Hochreiter.

Taxes will go up regardless, as the town of Cortlandt and the village of Buchannan face huge losses with the closure.

"My father always told me if you work hard and want nice things you'll get 'em," says D'Angelo.

Hard work is something he also learned from his uncle and grandfather, who both worked at Indian Point.

New York state just turned their back on us.

But the three generations of dedication to the nuclear plant ends with D'Angelo, who is letting go of everything. He sold his house, truck and is now packing his bags for Louisiana.

"It's like alright, it's time to get an apartment down south and move, and it's over, it's just done," he says.

D'Angelo is one of more than 170 Indian Point workers transferring out of state to continue working for Entergy, the plant's current owner.

The new plant owner, Holtec International, will hire another 312 current employees temporarily to dismantle the plant.

I didn't think I would be starting over at 37.

The remaining 300 workers are on their own at the end of May - more than half are eligible for retirement.

There is a state cessation fund that they will be able to dip into for nearly a decade, but the amount of money they will get will gradually reduce. This means taxes will have to be raised much higher than in years passed - and more tough choices on services. 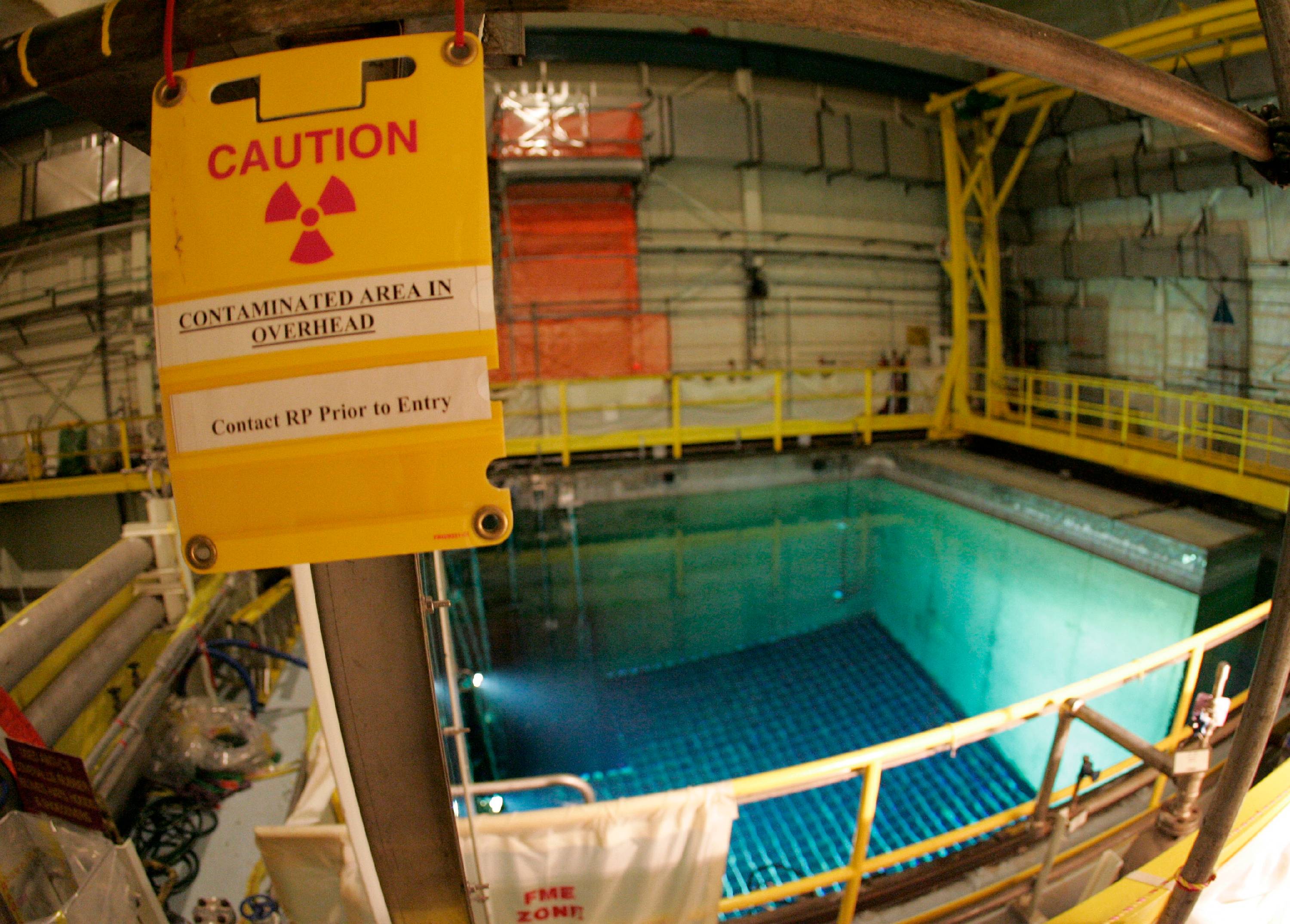 POWERING DOWN
Watch Part 2 of the Report:

News 12 spoke exclusively to the chief operating officer of the company poised to oversee the plant's decommissioning to discuss its safe decommission.

Bottom line is, it will be safe.

There are currently 20 million people who live within a 50-mile radius of the nuclear power plant.

Holtec Decommissioning International and its COO Pam Cowan want the people of the Hudson Valley to know their equipment is tried and tested.

"Bottom line is, it will be safe," says Cowan. 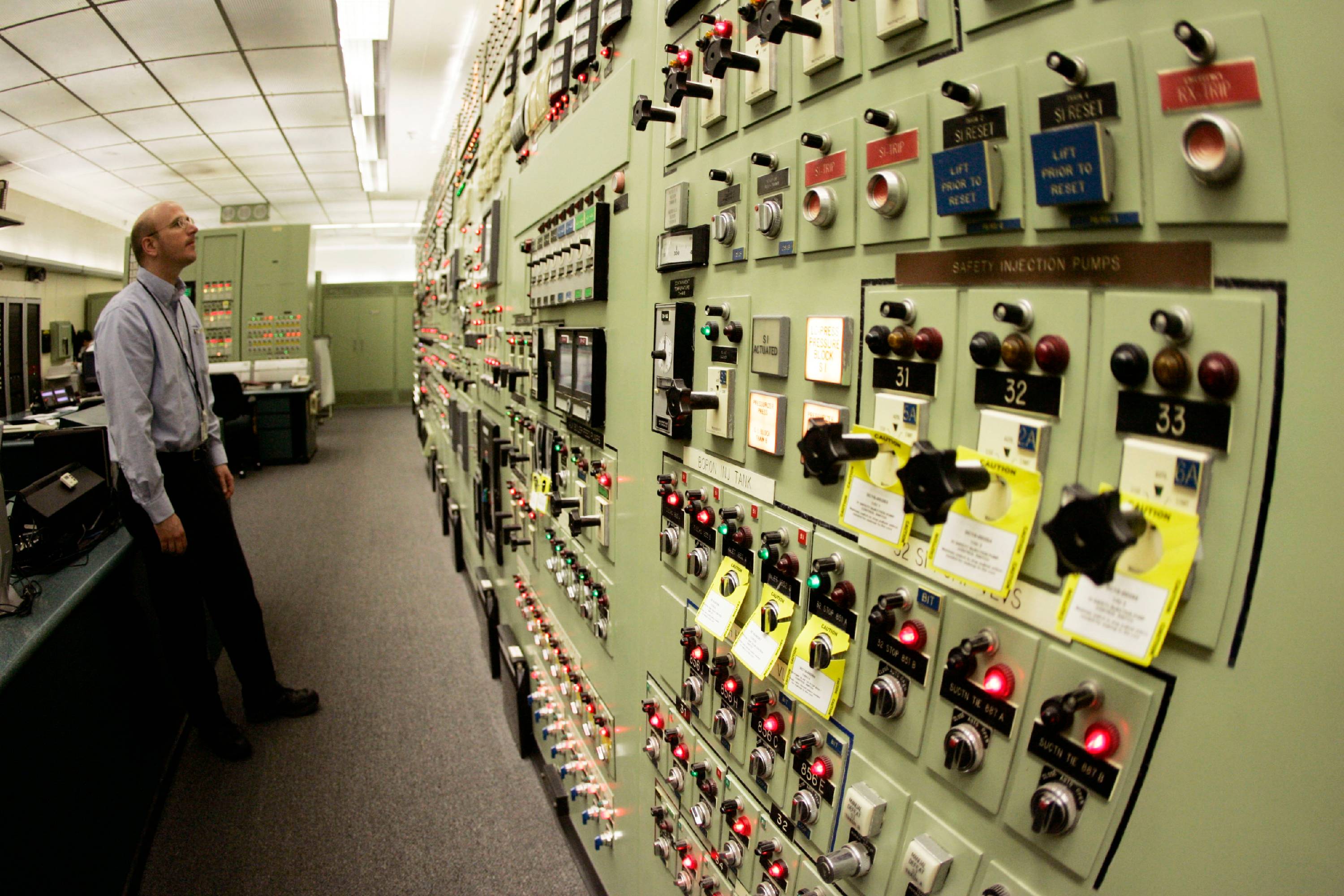 The video is a show of strength that Cowan says she wants people to see.

In May, Cowan is expected to take the lead role decommissioning Indian Point, which is the nation's most densely populated nuclear power plant - and located just 35 miles north of New York City.

Cowan has witnessed a community reinvent itself firsthand as a child growing up in the shadows of Pittsburgh's shuttered steel mills. She also has a unique, personal connection to Indian Point.

"My dad actually licensed Indian Point. He was one of the attorneys that was on it with Westinghouse. So it is honestly with great pride that I'm able to put Indian Point to a proper end and allow for a rebirth," she says. 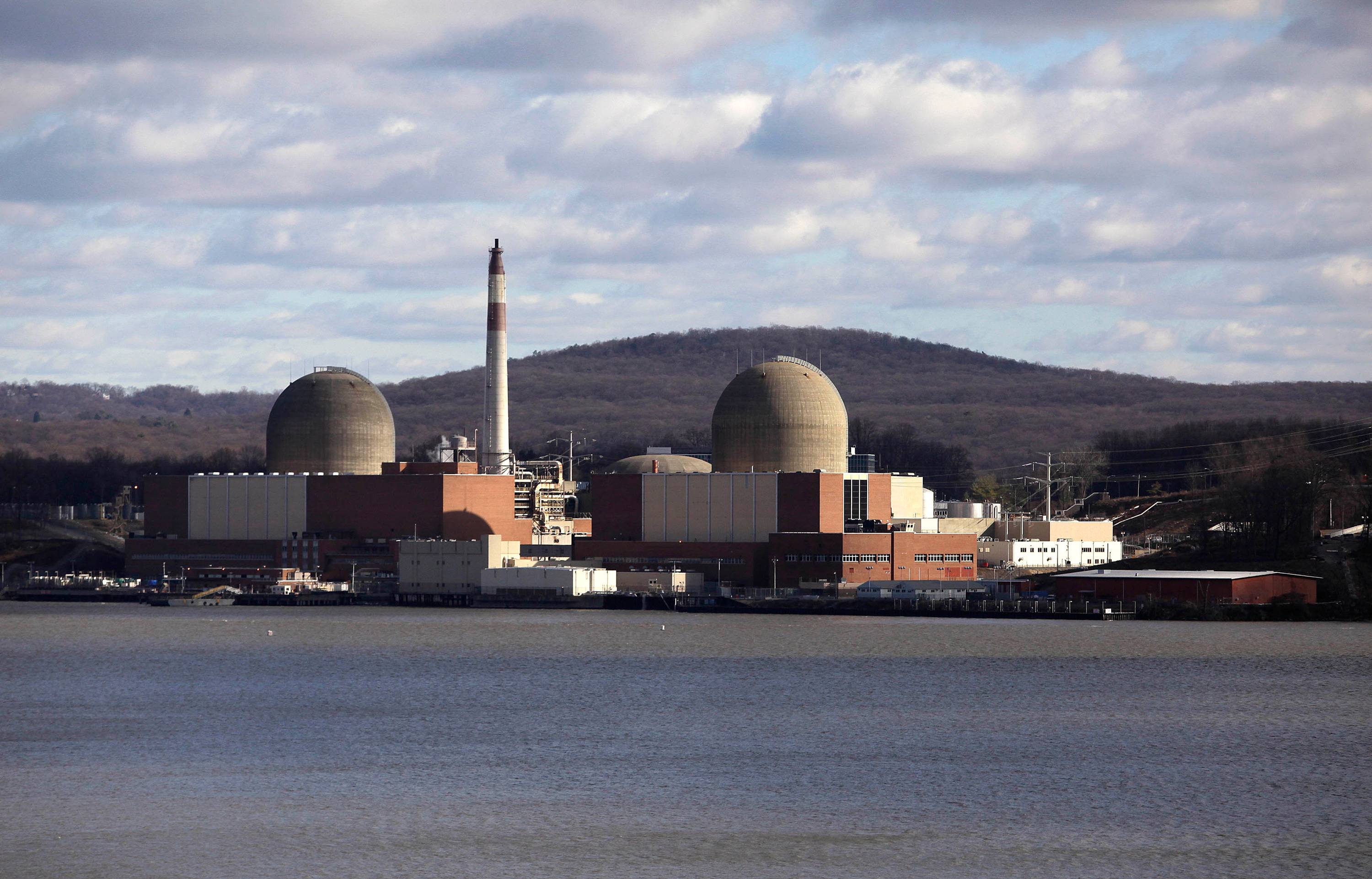 This Dec. 16, 2009, file photo shows the Indian Point nuclear power plant in as seen from across the Hudson River in Tomkins Cove. (AP Photo/Julie Jacobson, File)

In order for decommissioning to happen, six decades of radioactive material that is still on the site has to be removed. This adds to a rapidly changing national nuclear landscape.

Holtec had planned to ship all of the nuclear waste to a temporary storage facility in New Mexico, but the facility does not exist yet.  The attorney general there recently filed a lawsuit to stop the construction, given fierce opposition from politicians in that state.

In terms of a realistic timeframe for construction on that project, Cowan said it would take years.

This means Holtec must store the spent fuel rods at Indian Point in 130 dry, concrete casks on large pads above ground.

"They could last 100 years if not longer," says Cowan. "They are made to be extremely robust ...being tested with trains, you know freight trains running into it with airplanes crashing into these things."

It's crucial information considering Indian Point may have already been in the crosshairs of terrorists.

Intelligence reports released years after the Sept. 11 terror attacks indicated one of the hijackers might have been considering crashing a plane into the site. 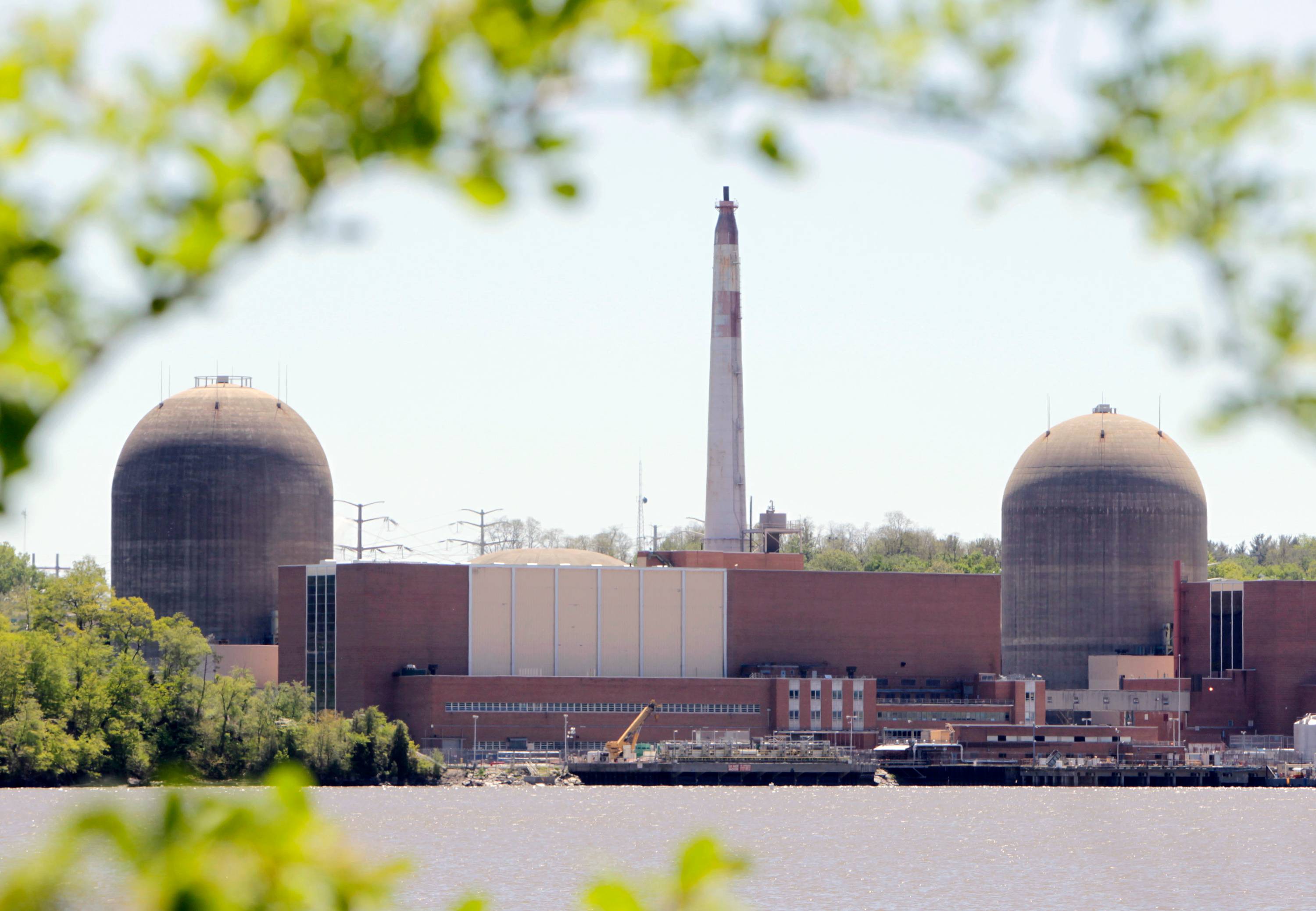 This May 10, 2011 photo shows the nuclear power plant with the Hudson River in the foreground. (AP Photo/Seth Wenig, File)
VIDEO: Interview with Pam Cowan of Holtec Decommissioning International

But what happens if one leaks, and how will neighbors be alerted?

"This isn't liquid fuel. These are fuel pellets inside of rods...You're not talking the liquid that's in there that can seep out of ooze out, but if for some reason there would be a crack, I think the best analogy I've heard is that somebody said you if you have a small micro fracture of crack in your oven glass, it doesn't fill the whole kitchen….I just don't think that it's a huge risk to anyone really having the canisters there," she says.

Holtec still needs state approval to buy the plant from Entergy, but once it does, it is promising to get the job done in 12 to 15 years - decades sooner than Entergy would have.

And how can they dismantle the plant so much quicker without sacrificing safety?

"What you're talking about is instead of plants sitting and then getting decommissioned, the decommissioning starts in earnest," she says.

Team 12 Investigates did some digging and discovered that about a third of America's nuclear plants - 30 - are shut down and have or are already in the process of decommissioning.

Every single one of these sites remain, undeveloped and in empty fields.

It will be safe. We will not compromise on safety.

News 12 asked the Nuclear Regulatory Commission - which would oversee inspections of the decommissioning - if it had any concerns over Holtec cutting decades off the job.

It said it is going to continue to be a watchful presence, but it says it has seen other plants that have been able to safely move ahead.

One of those plants, the Oyster Creek Generating Station, is in New Jersey.  News 12 reviewed the recent inspection reports and did not find any significant safety infractions.

Many New Yorkers are hoping for a similar outcome closer to home.

“It will be safe. We will not compromise on safety," says Cowan. 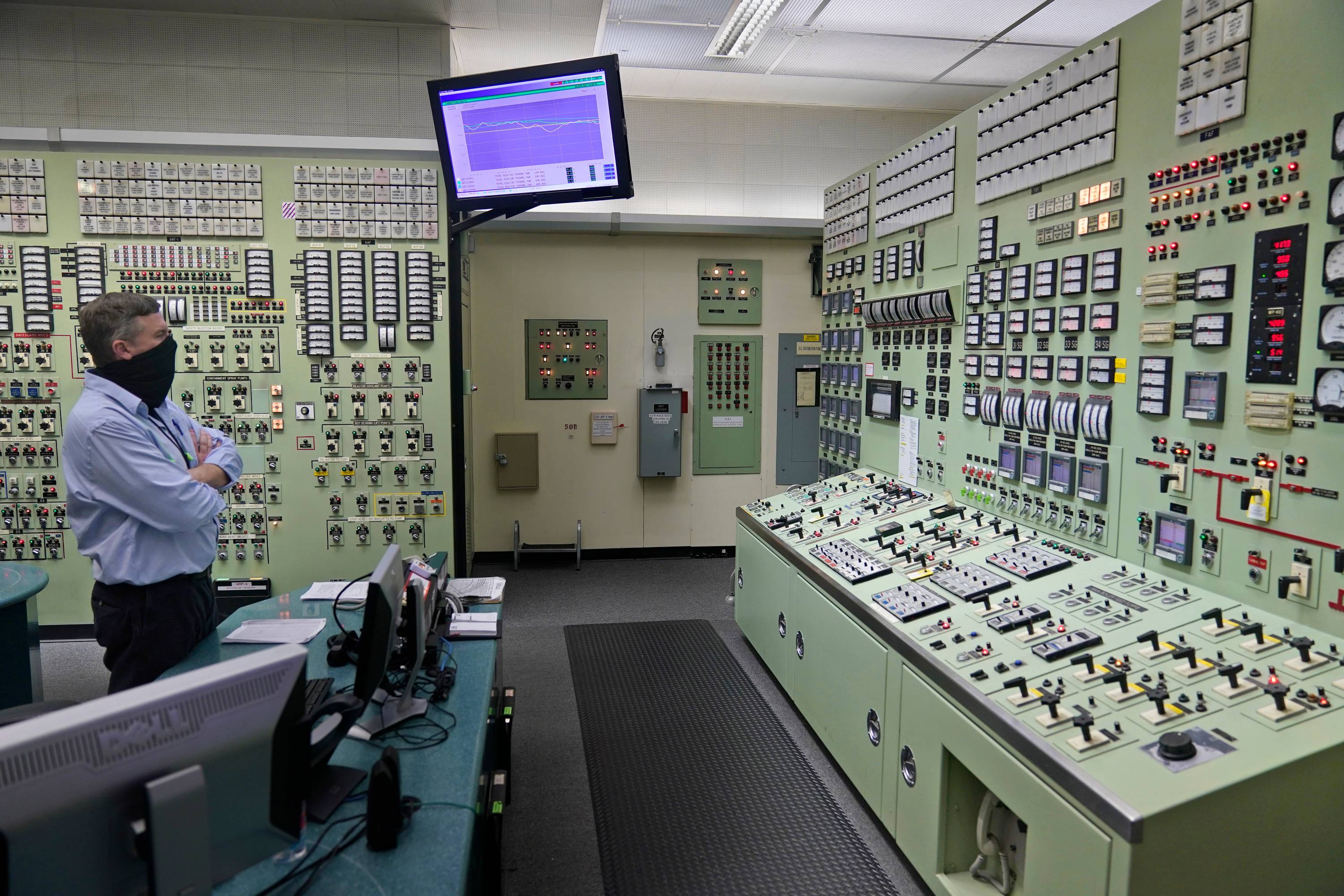 News 12 got a rare, inside look at Indian Point's Unit 3 as its shutdown gets underway.

Unit 3, which is the last active reactor at the Buchanan facility, just set a world record by running two years straight uninterrupted after refueling one final time in 2019.

Jerry Nappi, Entergy spokesperson, showed News 12 where the facility stored used nuclear fuel.  He explained that the fuel was stored in two different ways - in a wet pool and outdoors inside dry casks.

A total of 54 dry casks of nuclear waste currently sit on site and more will be added over the next few years following the shutdown.

Nappi explains that the fuel in the pool will be moved to dry storage, but before that happens, the plant will be shut down Friday night at 11pm. 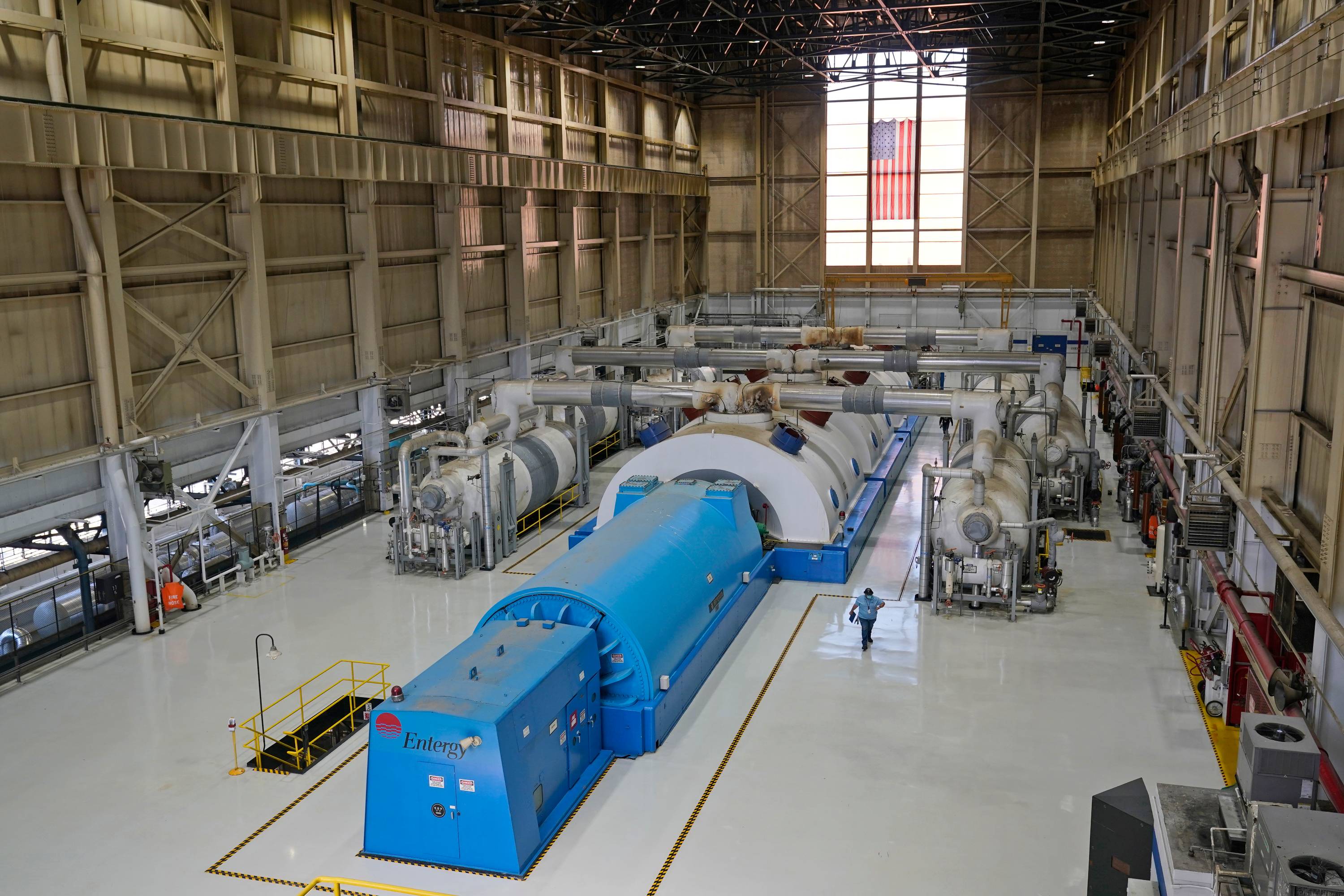 Unit 3 turbine generator used to produce power is seen at Indian Point Energy Center.(AP Photo/Seth Wenig)
"It's a process down from the control room. The operators have done it many times. They essentially press a button that inserts control rods in the reactor that stops the nuclear fission process. The fuel itself is at the end of its cycle," says Nappi.

And with that push of a button, the chapter closes on six decades of power production.

"It's a sad occasion," says Nappi.

The plant’s legacy will live on in the people who powered it and a community that's been a neighbor to the nuclear facility. Indian Point has employed generations of workers and powered millions of homes in the region.

The next phase is the decommissioning and dismantling of the facility, which could take 12 to 15 years.

The nuclear waste on site could be there for decades.