VIDEO: A look back at Happy Land 30 years later 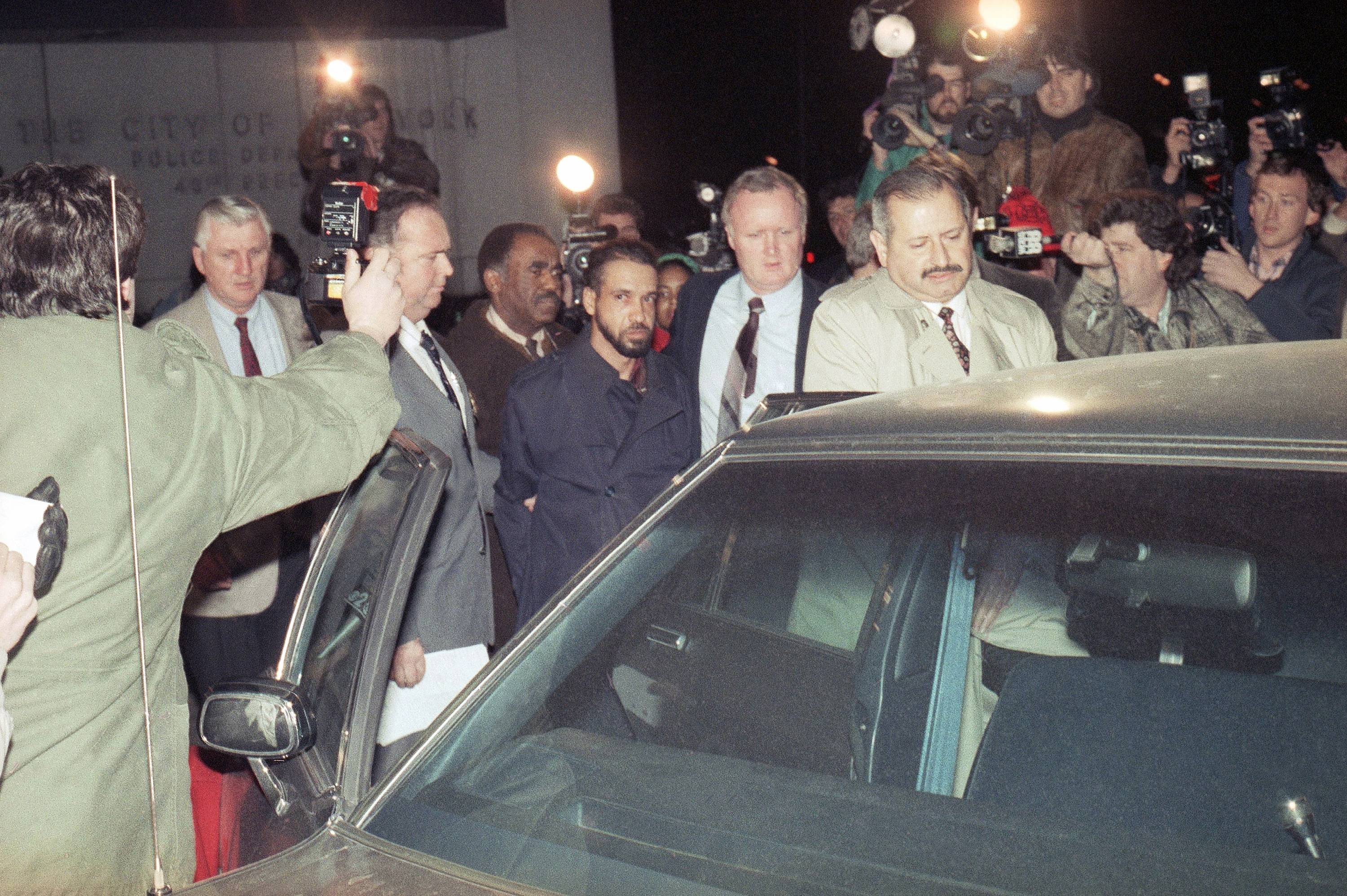 Julio Gonzalez, suspect in the Happy Land social club fire in the Bronx, New York City in March 1990 (AP PHOTO)
Revelers packed the location, which had been previously cited for fire code violations, on the night of March 25, 1990.  Many attendees at the club were celebrating carnival in the Honduran community - a time to celebrate.

Unbeknownst to the partygoers, Julio González was in the midst of a revenge plot against his former girlfriend, Lydia Feliciano.  The two had argued earlier in the day, and on the night of the fire she was working as a coat check at the club.

González poured gasoline at a location in the club and ignited a fire.  The flames ultimately claimed the lives of 87 people.

A very eerie stillness.  I don’t think I’ll ever forget it

The club did not adhere to fire safety protocols.  For occupants, there was only one way in, and one way out - making it nearly impossible for nearly everyone to get out.

Former Borough President Fernando Ferrer says he met then-Mayor David Dinkins at the scene, and was not prepared for what he saw.

“A very eerie stillness.  I don’t think I’ll ever forget it,” says Ferrer.

He describes the interior of the club as chaos in some ways, but also a snapshot in time.  He says many people were still in their seats and belongings were left behind. 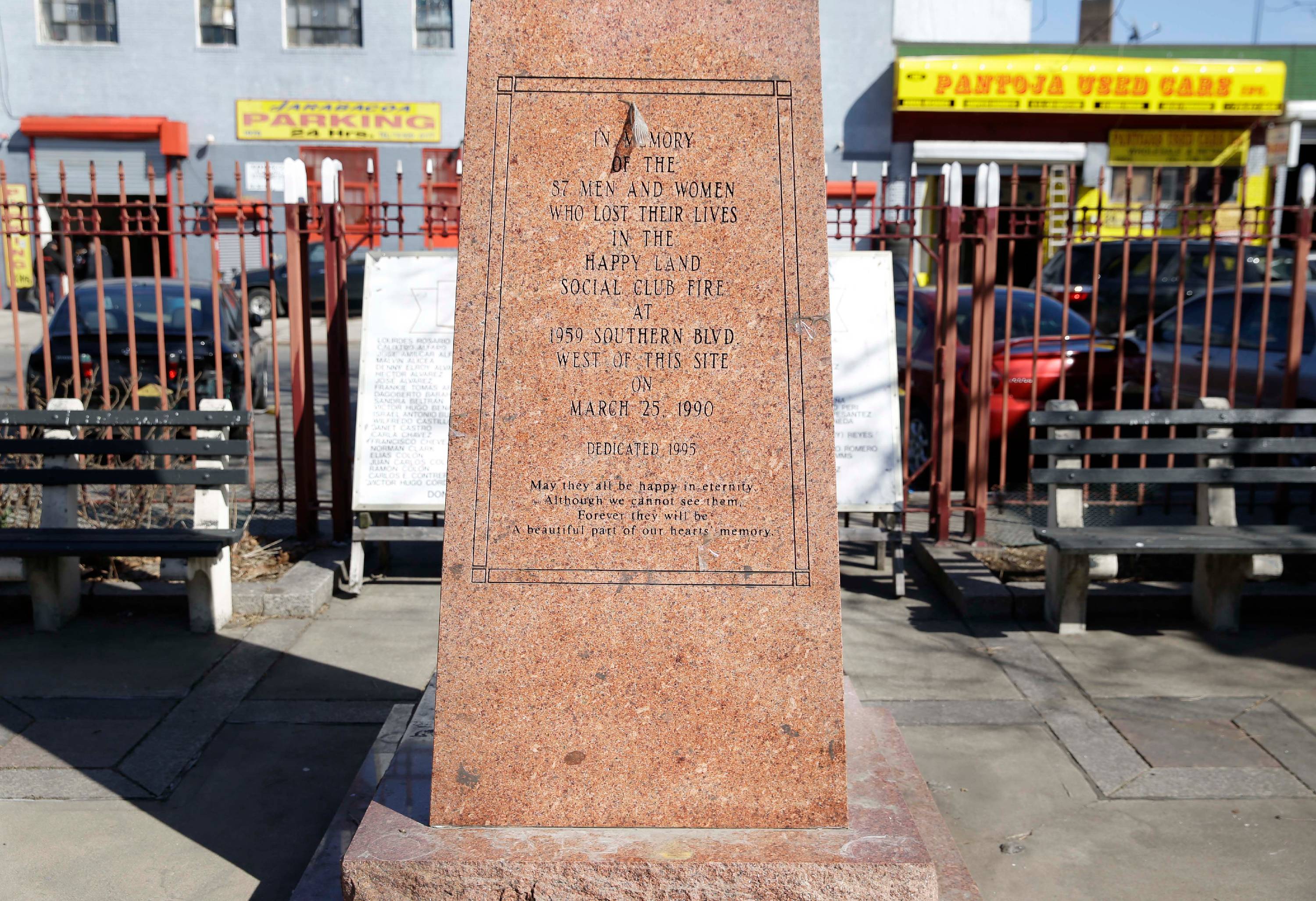 A memorial to those killed in the Happy Land social club fire is displayed in a small park across the street from the former club's location. Thursday, March 19, 2015. (AP Photo/Seth Wenig)
González later admitted to police what he had done. He was eventually sentenced to multiple counts of 25 years to life. He died in prison in 2016.
Jaffrey Gotay, who lost her father in the fire, says González’s death let him off the hook.

“He got the easy way out,” says Gotay.

A memorial now sits across the street from the location - a strip of storefronts that bear no resemblance to the terrible aftermath of the fire. The event lingers over the borough to this day.

It was just this really dark cloud over the whole neighborhood

Jeff Warley, a documentary filmmaker who researched the subject, remembers a time of chaos and disbelief after the fire.

“It was just this really dark cloud over the whole neighborhood,” says Warley.

Survivors, family members and residents have gathered at the memorial on the fire’s anniversary to help each other heal - even decades laters.  But even the passage of time doesn’t erase the pain.

It sort of brought the borough together in the strangest way

Despite the sadness, the fire also served as an event that brought the Bronx community closer together, with residents looking out for each other in a time of need.

“It sort of brought the borough together in the strangest way. But that’s the way sometimes those things happen,” says former Borough President Ferrer.

Although coronavirus restrictions have led to the cancellation of this year’s memorial event, memories of those who were lost live on. 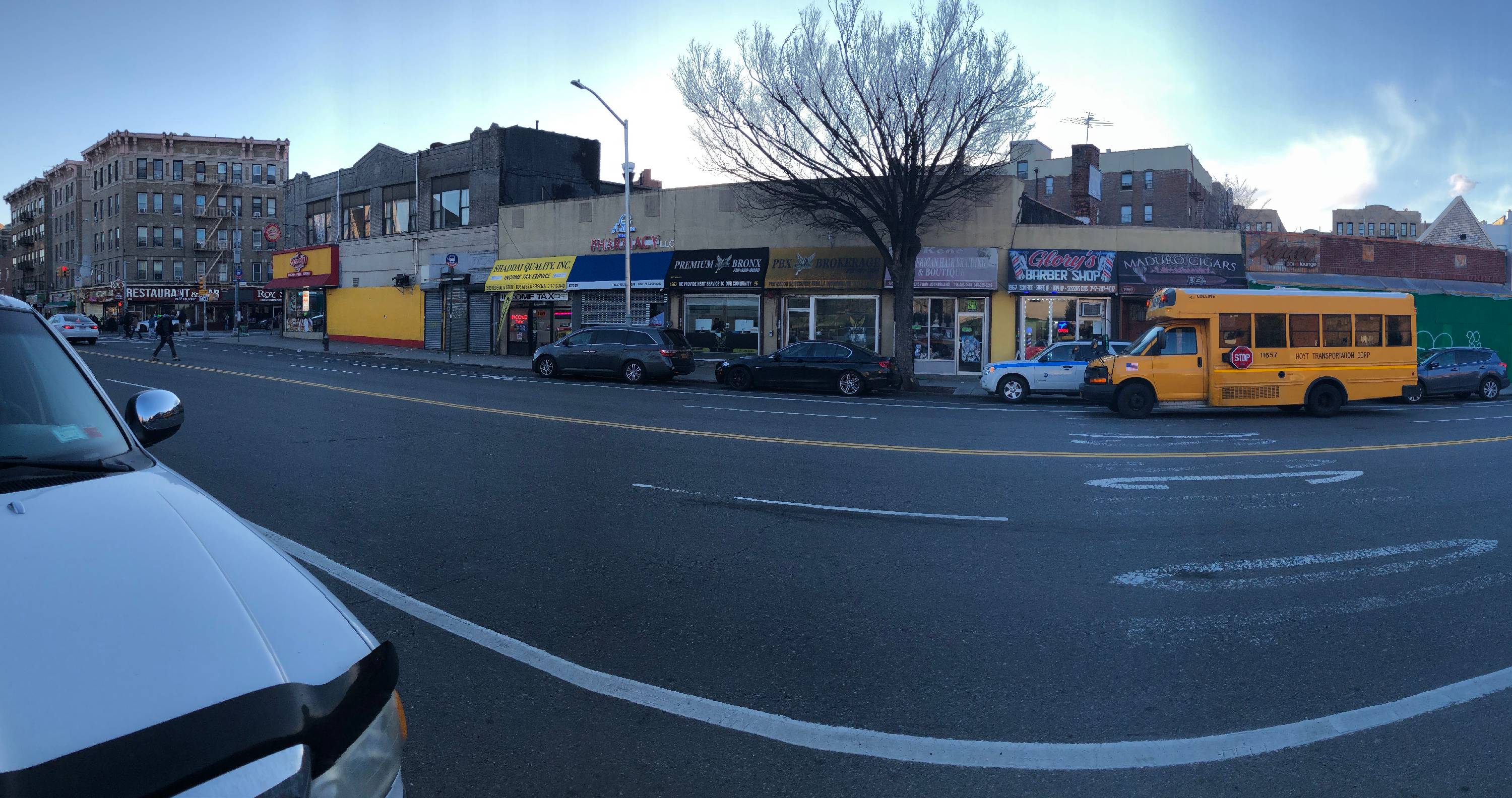 The storefronts at the location of the former Happy Land social club, March 4, 2020. (Frank Pokorney/News 12)