News 12 remembers Sept. 11 by hearing from the people who were at the scene of the attacks and by honoring those we lost. We are keeping their stories alive for future generations.
STORY: Remembering Glen Pettit

Among those lost on Sept. 11, was a dear member of the News 12 family.
Photojournalist and police officer Glen Pettit had a giant personality and great talent.
News 12's Christine Insinga sat down with his family as they reflect on his life, and life without him.


STORY: The Miracle of Ladder Co. 6

Veteran Bronx Deputy Fire Chief John Jonas shared his harrowing and heroic story of how he and his unit ran into the north tower on Sept. 11, 2001 to save lives, and ended up trapped for hours after it collapsed on them.

Every morning, a ritual of remembrance echoes through the sacred grounds of the 9/11 memorial. A single white rose is placed on the name of each victim who would've have celebrated a birthday that day.

A New Jersey native’s documentary about the Sept. 11 attacks shows how the people of Manhattan reacted on that day.


Adam J. Lewis Academy on State Street is named after financial trader Adam J. Lewis who was 36 years old when he died in tower two on 9/11. News 12's Frank Recchia talks to Lewis' wife Patty, who founded the school.

Many towns in Connecticut have special memorials to honor the lives lost on that tragic day.

"For my generation, that was our Pearl Harbor. We got attacked, more people died that day than in Pearl Harbor. And they're still dying unfortunately," firefighter Dave Russell said.

News 12 reporter Eileen Lehpamer was in her first-year reporting and recounts what it was like working the day of the Sept. 11 attacks.

News 12's Katie Lusso speaks with two women who played a crucial roll in a 911 call center on Sept. 11.


News 12's Zhane Caldwell speaks with a Brooklyn man who is remembering and honoring his father who died on Sept. 11.

News 12's Phil Taitt speaks with a son who lost his father, a Bronx native and a paraplegic who worked in the second tower.

STORY: Light at the End of the Tunnel
REPORTER: Doug Geed
News 12’s Doug Geed speaks with a Babylon woman who was eight months pregnant when she had to run nearly 2 miles out of the Brooklyn Battery Tunnel as it was filling with smoke and debris on Sept. 11.

News 12's Suzanne Goldklang speaks with a group off walkers on the "Heroes Hike" from Boston to ground zero to honor 9/11 victims as well as veterans injured and killed in Afghanistan.

News 12’s Diane Caruso speaks to Ed Zick and Evelyn Seipp of the Stanford Fire Company. Their memorial of 3,000 flags in Stanfordville represent the Americans, first responders and Port Authority K-9s killed in the Sept. 11 attacks.

Jersey City Mayor Steven Fulop watched the horror of Sept. 11 unfold in person, and it forced a major change in the path he was on. Fulop shares his story with News 12's Marci Rubin.


News 12's Caroline Flynn talks to William Menendez, who was an NYPD detective 20 years ago when he captured the moments after the World Trade Center attacks with a camera. His three months at ground zero took a toll on his health, but that didn't stop him from stepping up during the COVID-19 pandemic.

A former flight attendant made sure the bravery of his co-workers on Sept. 11 is not forgotten by pushing an airline beverage cart in their memory more than 200 miles. News 12's Marissa Alter talks to Paulie Veneto during his trek from Boston to New York City.

News 12's Hannah Kliger meets Tracy and Marty Gazzani, whose son Terrence died in the north tower on Sept. 11.The Gazzanis find solace in their son's numerous old friends as well as among survivors and others who lost loved ones in the attacks.


Map of Local Sept. 11 Memorials
Map is a guide and not a complete list of memorials 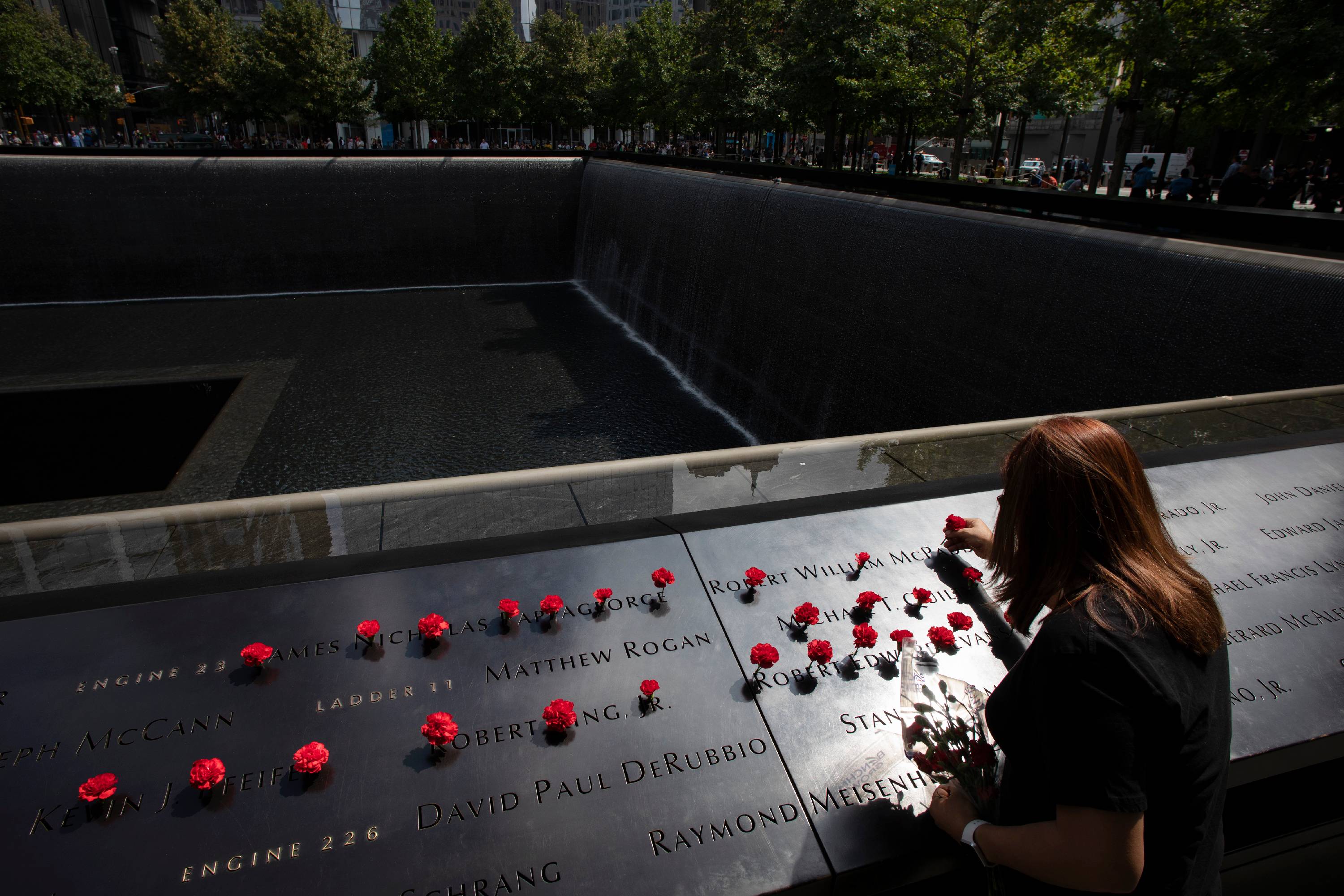